“Part art project, part perfume line, Couteau de Poche is the creation of Brooklyn-based artist Parid Cefa. Its first release, Fumabat, takes us back to men’s scents of the 1980s, with notes of oak moss, Bulgarian pine, patchouli and vetiver, while still managing to be relevant today.”

Our Myths, Our Selves

“Cefa’s unisex perfume Fumabat is a nod to `intellectual renegades’ like Burroughs and Caravaggio, updating retro notes of oak moss, patchouli and vetiver with a new edge.”

Perfumes: The Guide 2018, by Luca Turin and Tania Sanchez 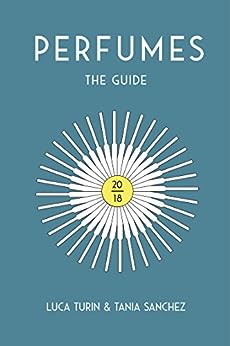 “…When I sprayed Fumabat on a strip the smell jumped out at me again, both fresh and warm, edible and poisonous, and altogether delightful. Fumabat is the only fragrance so far composed by Parid Cefa, a Brooklyn-based visual artist. This is what artisan perfumery is all about: not money, not seduction, not vintage oud triple-distilled over roasted seashells.”
-Luca Turin

Fumabat featured in top beauty picks for the design conscious in 2018.

“I found a decent number of scents which were love at first sniff, but of those, I can think of just three or four that were so beautiful they took my breath away. Fumabat, the first release from new house Couteau de Poche, is one of these…”